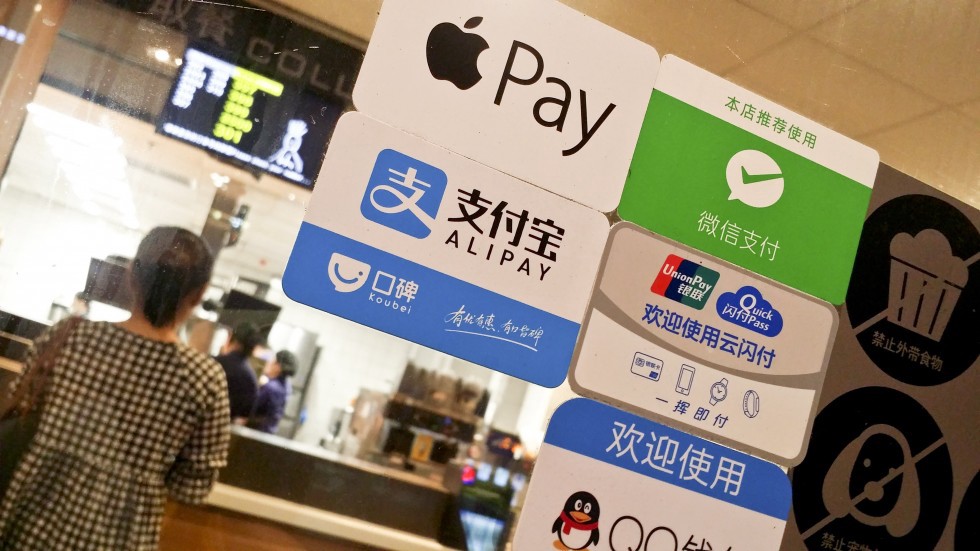 In my previous post I looked back at the amazing things that happend in 2017, now I want to look ahead and discuss the top 3 trends, I am excited about for 2018.

For decades Financial Services, has had to deal with tremendous amounts of data, but besides storing it and providing simple analytics reports, very little has been done to actually improve their services with it. With the introduction of the Internet and mobile devices even more data is being generated, but as far as actually doing something with the data, still very little has been done. With the cost of computing declining, new database technologies emerging, traditional Financial Services feel the increasing competition from FinTech companies, who are using machine learning and artificial intelligence to not only improve services, but to reduce the people needed to provide these services.

Fraud Engine 2.0
One of the most interesting uses for Machine Learning and Artificial Intelligence is in Fraud Prevention. Where in the past most Fraud was detected after the fact, months later and most likely by the customer. New Fraud Engine’s use Machine Learning Algorithm’s to derive insights into which correlation of variables lead to a fraudulent payment. Having learned from the past, they are able to use Rule-Based Logic, to block transactions that have a high likelihood of being fraudulent as well. However, professional fraudsters are quick to detect when their payments are being blocked and will switch to new merchants to continue their scheme. By combining ML with AI, Fraud Engine’s can learn from the past and quickly make adjustments to their algorithm’s and rule-based logic without human interference.

Optimizing Payments Routes and Field for Higher Success Rates
Another interesting use of ML and AI, is optimizing payments, by dealing with the biggest issue when processing cards, Authorization Rates. Despite the rules, and frequent compliance releases from schemes like Visa and Mastercard, getting a payment authorized, sometimes feels like more luck than skill. As merchants send their transactions to PSPs, PSPs send it through to Acquirer’s, Acquirer’s create the complete message to send to the Schemes and Schemes route it to the Issuer, there is a 1 in 5 chance that the payment gets refused. Anything from an “Expired Card” to a mysterious “Do Not Honor”, can be given as a reason for decline.

By using ML and AI, Merchants/PSPs are able to learn from the payments they submit and estimate the changes of success based on the type of transaction, card type, issuer, merchant country or several other variables. By optimizing the route, meaning sending the transaction to the acquirer with the highest chance for a successful end result, Merchants/PSP can increase their Authorization Rate. Other solutions could include, tweaking submitted fields based on the Issuer’s logic or automatically retrying transactions.

For both online and offline commerce, I believe wallets will continue to become a bigger percentage of overall payments. Especially the rise in disposable income from consumers out of Asia, which leads to an influx of spending, as well as the adoption of Mobile Payments using ApplePay, AndroidPay or SamsungPay, are going to continue growing throughout 2018.

The New Wallets On The Block
AliPay and WeChat’s expansion into Europe and the US now make it possible for companies to offer the payment methods that Asian customers are using. Unlike most Europeans and Westerns, Asian shoppers are much more accustomed to using eWallets for shopping both online and offline. AliPay has over 0.5 Billion users and is using strategic partnerships to further grow their user base by providing their technology to banks that want an alternative to MasterCard or Visa.

Old and Still Kickin’
Another big player in the E-Wallet space is of course PayPal, with their acquisition of Venmo several years ago, they have further establish their leadership position in P2P Payments. Integrations with Facebook Messenger, Siri and even Nintendo Switch will definitely help PayPal continue to grow their volume in 2018.

Amazon is taking the lead
Especially, Amazon looks to pull together all of their platforms to make this a reality. The Amazon ecosystem, existing out of Amazon.com, Amazon Apps, Amazon Pay and Alexa has already taken significant steps in making this possible. Amazon Echo users can already purchase items from the Amazon.com website, if they have their card-on-file. With thousands of merchants already using Amazon Pay, I foresee merchants, building there own Alexa Skills to give customers the opportunity to order and pay for products, through their Amazon Echo.

Google focuses more on functionality
With the Voice-enabled devices market being in it’s early stages, the release and rollout of Google Home has caught the attention of developers who have been waiting for the next “Gold Rush” in App-development. Whereas Google doesn’t own their own e-commerce platform like Amazon, they do have a service called Google Express. Google Express is a shopping service, that provides same-day delivery services from stores like Walmart, Target, Whole Foods and many other chains. Through the Google Home, customers can link their credit or debit card and order items as simple as saying:

Unlike Amazon.com, which is available in the United States, United Kingdom, Ireland, Germany, Japan, Italy, Spain, the Netherlands, China, Brazil, Australia, India and Mexico, Google Express is only available in the US, so it will be interesting how and where they will expand to keep up with Amazon.

Apple, might be last but that never stopped them
As far as Apple, they have announced the release of the Apple HomePod for early 2018, which will feature the Siri Intelligence, however for now it is mostly focused on providing a great music experience. The obvious next step would be to enabled Voice Payments through Apple Pay. As with the release of the iPhone, iPad and iPod, Apple will wait until there is a level of adoption before introducing features that expand beyond playing music.

As we embark on 2018, it will become even more clear that payments are integrated into each aspect of our lives. As consumers, we want payments to be as easy as possible, while maintaining a high level of security and privacy. From Smart Fraud Engine’s to detect when we are not making the actual payment, to shopping in a store and paying with your mobile phone, or ordering products by talking to a Voice-based AI. As a payment professional, all these innovations excite me and I can’t wait to see, which ones make it and which ones don’t.

Thanks for reading 😉 , if you enjoyed it, hit the applause button below, it would mean a lot to me and it would help others to see the story.