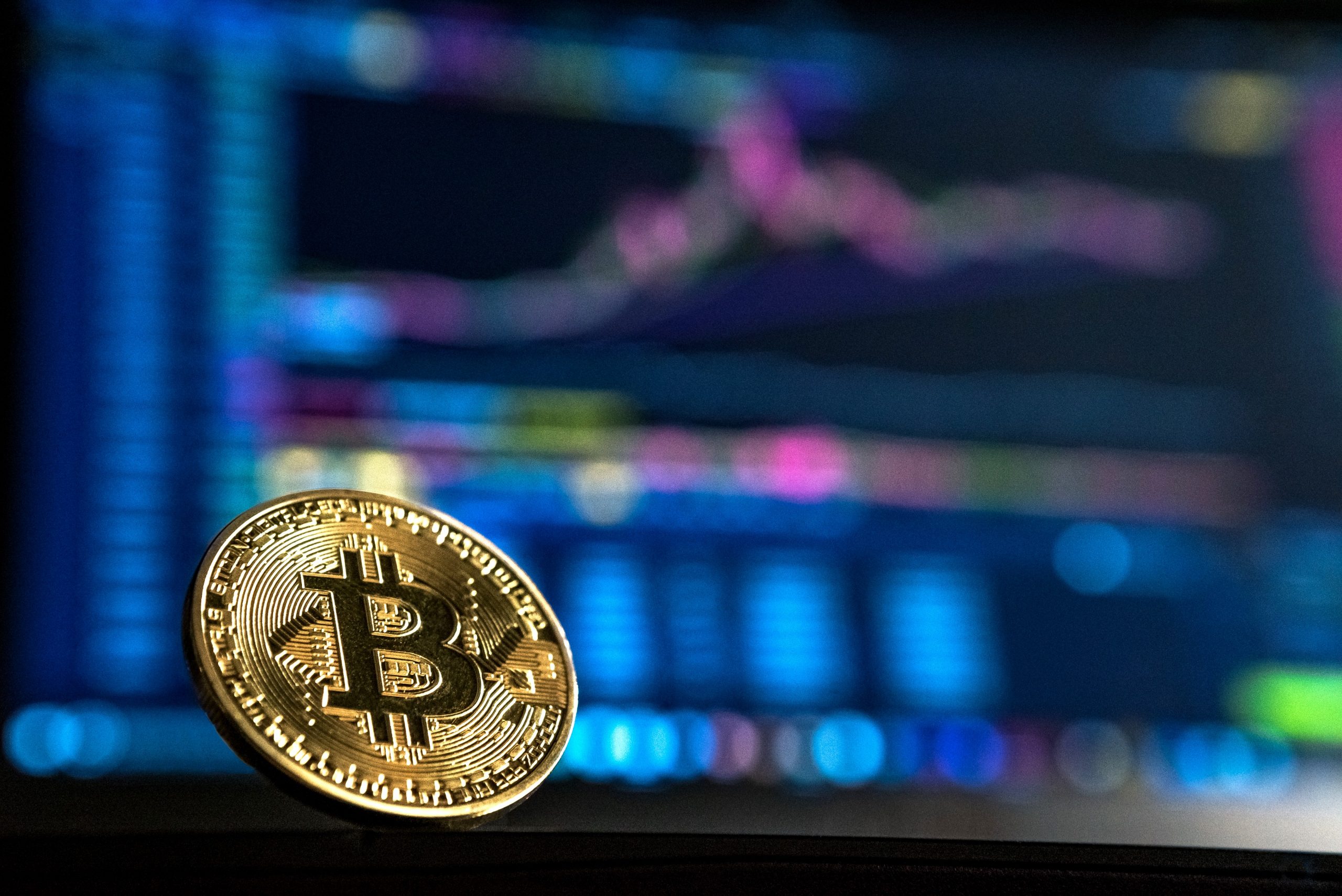 The classic Innovation versus Distribution story

Until the mid 1990’s payments has seen very little innovation. From the ancient times where metals where used as a way of value to encourage trade amongst individuals who were unknown to each other, we have seen the evolution of money take only very small steps. From metals, to paper, to plastic and now we are in a digital world where regulated currency is nothing more than zero’s and one’s in the ledgers of large financial institutions or the rise of Cryptocurrencies using Blockchain technology to replace those financial institutions. However this is not a post, where I want to go into Cryptocurrencies, but rather the Battle that is going on in the Payments Industry for the domination in accepting and processing the digital world of regulated currencies and commerce.

The Internet changed everything

Where the transition from paper to plastic took quite a while for people to adapt, at least three decades, the internet and especially e-commerce is again changing the way that we pay. Most of the online transactions still involve a Credit/Debit card, from which you enter the PAN (Primary Account Number a.k.a. Payment Card Number or Card Number), a CVC (Card Verification Code a.k.a. Card Verification Value), and an Card Expiration Date, but as we get more accustomed to using Payments Features (PayPal, ApplePay, WePay) that are build on top of the current technologies (Bank Transfers, Credit Cards) that we use, there will be further development into replacing cards by using services that improve the checkout process, either through usernames and passwords, two-step verification or even biometrics (fingerprint, facial-recognization).

The History of the Payments Industry

As with any new technology, there will always be new companies, who want to leverage new technology to replace the incumbents. Within Payments, especially Online Payments, we have seen the rise of new technologies challenging the status-quo for the last two decades and we are finally getting to the point that the volume of Alternative Payment Methods is making a significant impact.

Where traditional banks main source of income existed from providing the infrastructure to deposit cash and bank accounts, the introduction of plastic has led to new companies that were able to accept Point-Of-Sale transactions mostly processed over the rails of Diners/Discover, American Express, Visa, Mastercard. The Acquiring Banks that sat behind the POS technology, where mostly owned by traditional banks including, Wells Fargo, Bank of America and Citi Bank. As the plastic market grew, new Acquirers emerged who only focused on providing Acquiring Services.

The introduction of E-Commerce led to new companies that seized the opportunity of creating a new type of company that was an online Payments Service Provider and creating the integration with the existing Acquiring banks. With the rapid growth of the Internet, E-Commerce spending wasn’t far behind, making these new online PSP’s extremely profitable, leading to some of them taking the plunge into owning more of the Payments Stack. New Payments Companies would provide E-Commerce companies with the ability to integrate with their service, and add Acquiring Services on top of that, reducing the fragmentation and improving the overall performance, pricing and functionality that could be offered.

As with any change in an industry, where incumbents pay little attention to new technology, until they get uncomfortable questions from investors and have to start paying attention. Large financial institutions who are recognizing that Payments can be extremely lucrative and who have the funds, are rapidly trying to capture market share, by acquiring payments companies, or setting up new companies who are able to provide their portfolio of merchants with Payments Processing capabilities.

Not just banks are realizing that Payments is a very interesting industry, so are new startups being created by young entrepreneurs or seasoned professionals who understand the in-efficiencies of the Payments industry. This has led to two different type of companies being created, Startups that focus on building “Payment Features” and startups that focus on building “Payments Plumbing”.

A startup who builds Payment Features, is a company that takes the current infrastructure and sees an in-efficiency or opportunity to use the Data that is generated by the payments of a merchant. Point-of-Sale companies like Square, iZettle or Revel, Money Transfer Services like Transferwise, WorldRemit or CurrencyCloud, Billing Automation like Zuora, Bill.com or Judo Payments or maybe the most well known companies like ApplePay, AndroidPay or SamsungPay, are all companies who provide a service that provides value to it’s customers by developing on top of the traditional Payments infrastructure of cards and bank transfers.

On the other side you have companies, who provide Payments Plumbing. A Payments Plumbing company, is a company which has direct relationships with Card Schemes and Alternative Payment Methods and who builds the Processing capabilities that most of the Payment Features rely on. Because integrating with Mastercard, Visa, American Express or any of the over two hundred Alternative Payment Methods requires significant investment and resources, this is no easy task. Companies like this include, Stripe, Adyen and GoCardless. Who in the last five to ten years, have build each part of the fragmented Payments Stack to now offer a Full-Stack Payments Solution, including a Gateway, Acquiring Processing, Fraud Prevention, Billing and Data & Analytics. Another interesting development is Dimebox, a Full-Stack Payments Processing company, which has build the Payments Plumbing and sells it as a Platform-As-A-Service, to new PSPs and Acquirers, who want to reduce the time to market, by in-sourcing the technology.

On the other side, we have the Incumbents like Bank of America, Wells Fargo and Citi who are changing some of their strategy from core banking to building 360 degrees Financial Services including a Merchant Services Division, which is able to service their large portfolio of Merchants who are currently processing payments with other companies.

Because Payments was never a core-activity, many of these large Incumbents have outsourced their Gateway and Acquiring Processing capabilities to companies like First Data’s Omni-Pay or Pay-On. Now that they want to compete with Startups like Stripe and Adyen, they are experiencing how difficult it is due to the legacy technologies these Payment Processors are build on. This creates an interesting dynamic, as they are now forced to review old systems and re-engineer their process to provide the same Omni-Channel Payments capabilities their new competitors are providing. This has led to banks like BoA, Wells Fargo and Citi hedging their bets, by investing in startups who will be great acquisition candidates in the future, Square, Bill.com and Transactis, while at the same time working with companies like Dimebox to provide competing services.

Startups or Incumbent, who will win?

It will be very interesting to see how this will play out in the next coming years. As Payments is becoming more and more a strategic assets to online first companies. With companies like Stripe, Adyen and Checkout.com understanding that the expertise that is needed to build a great Payments company and to necessity to own the Plumbing necessary to leverage it, will put them in a place where they are able to create the Single Source of Truth (The Payment), which is necessary to build all the other services on top of it, including Accounting, Banking, Remittance, Tax Filling, Factoring and Billing. They also understand that as Payments has become more diverse and does not only include cards, with Alternative Payment methods in local regions like Asia, South-America or Africa, the ability to help merchants increase revenue becomes even more important to differentiate from the Incumbents, who need massive volumes to support their marketing and investments.

On the other side, the reason that most of the large banks have existed for hundreds of years through some of the hardest economies, is because they are able to deal with new regulation and policies, as well as the financial capabilities to acquire that what threatens them the most. With the ongoing commoditization of payments, where the increase in competition has cost margins to drop significantly, Banks will be ideally positioned to sell payments as a loss leader and sell other banking services to make up for it.