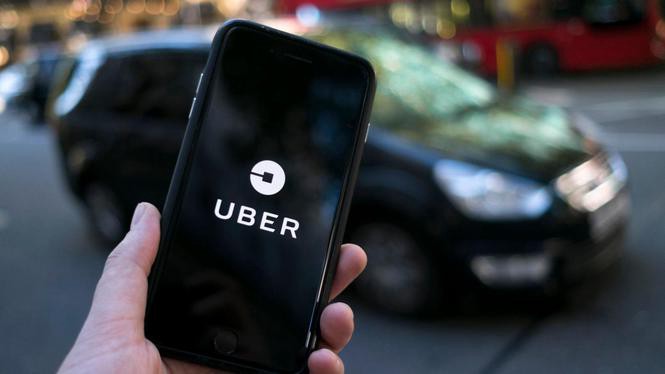 Why Merchants are getting into the Payments Space.

In case you missed it, Uber filled for a payments processing license with the Dutch Central Bank, this of course had everybody in the payments space scratching their heads to try to figure out why Uber would do that. Is it because they want to do direct payouts to their drivers and restaurants, or have they decided to cut out the middlemen and control even more of the payments value chain?

As with many other companies who have decided to start their own Payments division, we just have to wait and see. The interesting fact however is that Uber decided to do it in the Netherlands. A country that houses many Payments companies, including long-term partner Adyen, as well as Ingenico, recently acquired Payvision, PayPal (EMEA), Mollie, CM Payments, Klarna and many others. But as this news was coming out, the question that keeps coming up is; why do merchants want to become Payment Service Providers?

For most companies becoming a Payment Service Provider is mostly about scratching their own itch. A company that is great in scratching its own itch and then transforming it into a Billion Dollar business is Amazon. For many years companies have been envious of Amazon, due to their patented One-Click Payments solution. It was so good, that Apple actually decided to license it from Amazon for their iTunes Store and other online activities.

With the growth of Amazon and the Billions they have processed, they have always understood how critical payments was for their business. Leveraging their clout and negotiating the best possible pricing, while at the same time controlling exactly which PSP was going to get the volume. So when Amazon launched Amazon Payments back in 2007, they used their patented technology to provide other online merchants the same functionality, while getting a cut of the revenue and being in the money flow. As Amazon has expanded globally, they learned more about the different markets and which payment methods work best. Now Amazon Payments is available in the U.S.A., France, Germany, Italy, Japan, Spain, India and the United Kingdom.

What started out like any of the other services that Amazon now provides to third parties, the idea wasn’t to launch a payments service provider, rather to scratch their own itch and offer their customers the easiest payments flow possible. Like with Amazon Web Services, Kindle and Alexa, Amazon Payments is another subsidiary that leverages the development and engineering capabilities of Amazon and turn around and commercialize it.

Taking a page out of Amazon’s playbook is Zalando. Founded in 2008, out of Rocket Internet, Zalando was “inspired” by Zappos.com. Where dealing with books, dvd’s and cd’s was fairly easy, selling, shipping and dealing with returns for shoes and clothing was not as easy. Raising capital and expanding through the European market, Zalando was able to build a digital platform, which they are currently leveraging to sell products themselves, as well as provide other companies and brands to use their platform to sell products. Coming from the German market, Zalando quickly learned that if they delayed payments and just shipped products to their customers and receive payments when the customer had decided on which items to keep, they could streamline processes and make payments a strategic asset to win the war on profitability.

Currently Zalando, processes over 120 Million transactions a year, with 22 different payment methods, in 10 deferred payment countries and more than 66% of all their transactions are deferred payments. Just like Amazon, Zalando is now leveraging all that knowledge by launching Zalando Payments. Further expanding their digital platform, Zalando sells Zalando Payments as another way for fashion retailers to sell their products without having to invest in the team and resources to deal with shipping, handling and now payments.

Buy instead of Build

Another interesting development is the fact that non e-commerce companies are noticing how the internet and mobile has changed the way that consumers prefer to pay. But rather than building brand new businesses and testing out how they can leverage payments as a strategic component, large conglomerates rather acquirer a business that can be integrated with existing businesses.

Another interesting addition to the Payment space is Mercedes Pay, originally PayCash a European PSP, that was acquired by the Daimler Group back in January 2017. At the time PayCash had build a mobile payments solution as well as cryptocurrencies and loyalty vouchers, which made it a great candidate for the Daimler Group, who want to take advantage of the data which is generated when processing transactions.

Having recently launched their subscription model for cars, which gives customers the ability to switch between 12 different models and drive up to 36.000km a year, Mercedes Pay can combine the payments data with their customer data to ensure higher success rates when collecting monthly fees as well as promote new products and services to clients who are able to afford it.

Besides their subscription model, the Daimler Group also owns and operates, Car2Go, a mobility service that provides hundreds of Smart cars through major cities around the world. With Mercedes Pay, they are able to collect funds based on Card-On-File or recurring SEPA transactions.

Another company the Daimler Group uses Mercedes Pay for is MyTaxi, a competitor to the likes of Uber and Lyft, which until now has focused on expansion in the European market. As with other taxi apps, being able to process mobile transactions is key. Providing more payments options besides cards due to the different markets, Mercedes Pay is learning how to optimize each of these payment methods, which will allow it to expand across their many services.

A different kind of Payments company

Besides Mercedes Pay, which uses their PSP to exclusively focus on servicing their own subsidiaries, we have seen mostly platform businesses develop Payments companies to provide services to smaller retailers, who don’t consider payments as a core of their business.

I believe that Uber Payments, is going to be a different kind of Payments company. With their new leadership, we are seeing them work on their image, abandon markets that are not profitable and focus more on those that are. By launching Uber Payments, I believe that Uber is recognizing the strategic importance of processing their own transactions, controlling the funds of the drivers and restaurants, but most importantly taking control of the cost associated with payments.

Whereas most companies have to deal with their PSP or Acquiring bank, Uber would be able to make separate deals with Visa, Mastercard and other card schemes, as well as use their clout to get better pricing from PayPal and other payment methods. By further focussing on making Cash a viable payment method, they would be able to reduce the amounts they have to process and pay out to drivers, meaning less costs and maybe some profits in a not so distant future.